In end-to-end (E2E) encrypted chat apps, users take charge of their own keys. When users lose their keys, they need to reset their accounts and start from scratch.

Account "resets" are dangerous. After a reset, you clear your public keys, and you become a cryptographic stranger in all your conversations. You must now reestablish identity, and in almost all cases, this means meeting in person and comparing "safety numbers" with every last one of your contacts. How often do you find yourself skipping this check, even though there can be no safety against a man-in-the-middle attack without it?

Even if you are serious about safety numbers, you might only see your chat partners once a year at a conference, so you're stuck.

But it's infrequent, right?

How often do resets happen? Answer: if you're using most encrypted chat apps, all the freaking time.

Resets happen regularly enough that these apps make it look like no big deal: 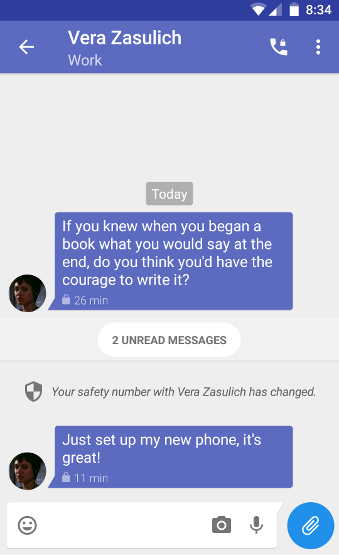 Looks like we got a security upgrade! (But not really.)
This is a post on the Keybase blog.
🌈  Install Keybase
https://keybase.io