You can now put teams on your profile

At first, we didn't get why someone would want this. After all, team files and chats are encrypted. But really, it makes sense. Exposing membership on a profile may be helpful: 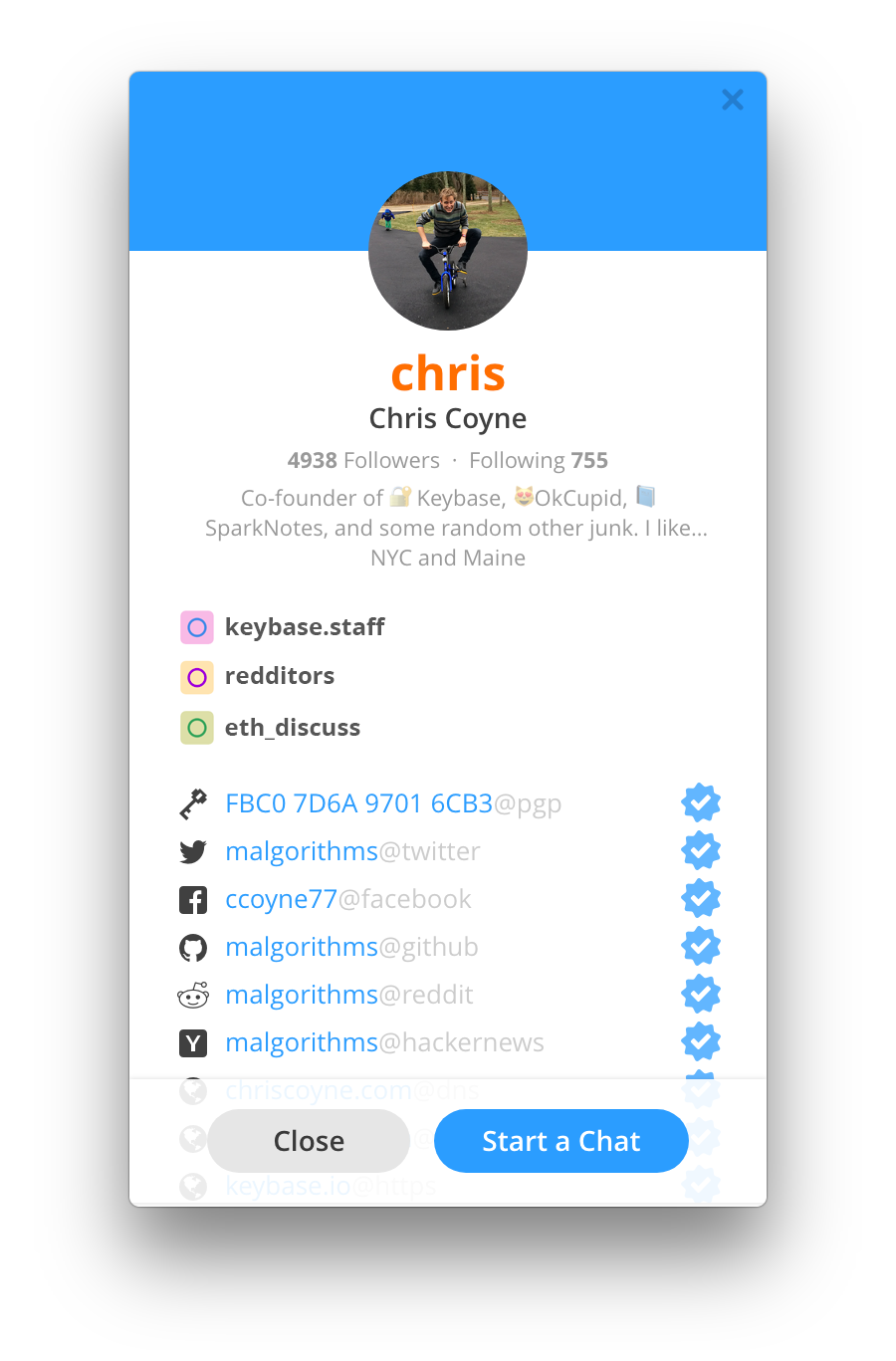 Simply seeing I'm on the redditors team teaches you that there is a redditors team. The same goes for keybase.staff. Why? Well, someone starts working for Keybase, and they see this on my profile, they'll know to ask me about it.

If you'd like to put a team directly onto your profile, you can now do it from the team tab inside the app.

Admins can turn this feature off for their team(s).

You can invite by email or phone

If you'd like to move an existing mailing list, community, extended family, or company onto Keybase, you can now type or paste email addresses straight into the app. We've changed the form to be friendlier to large lists: 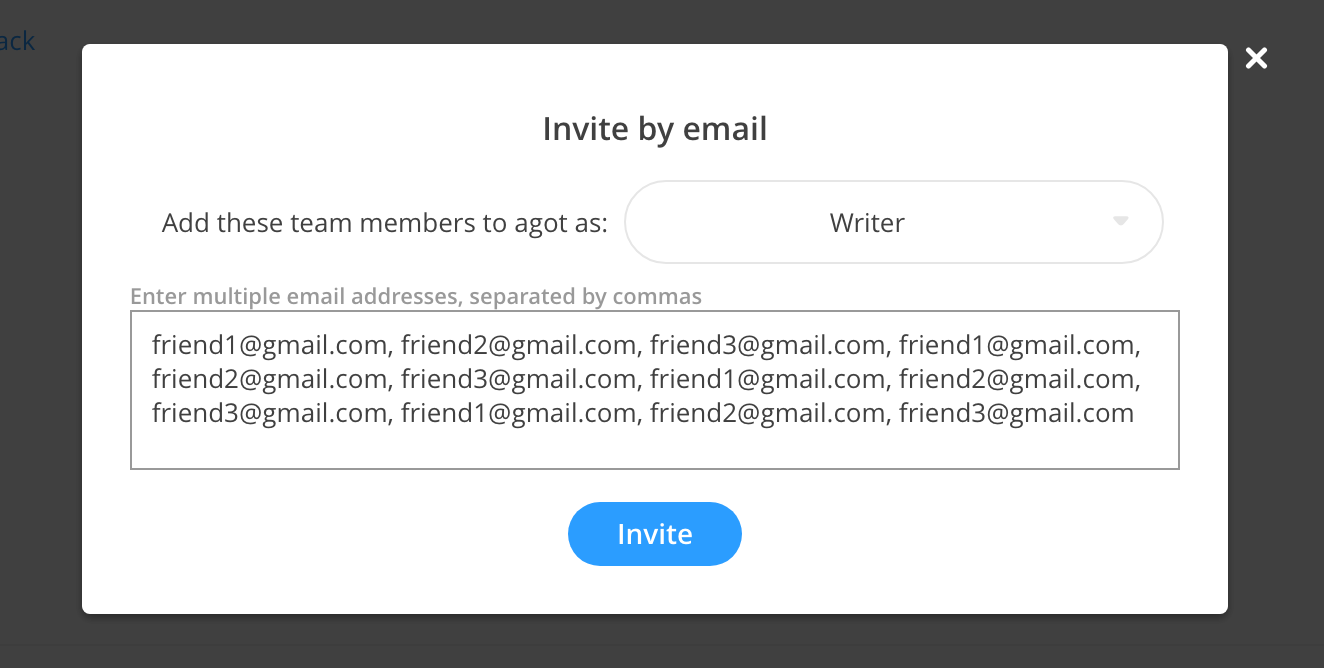 From your phone, you can invite anyone from your contacts. If it's by phone number, it lets you send the message, and generates a pretty cool secure token that we don't see.

You can set a team's membership to "open"

If you're building a community or bootstrapping a team, you can make it "open." Anyone can join an open team, just by knowing its name.

Therefore, it is technically impossible for an evil Keybase server to make your team open. It requires a signed statement from an admin, and all the steps are still performed by admins.

As an example, the keybasefriends team is open. Come say hi.

You can optionally put your team on keybase.io/popular-teams. Maybe you're building a community and would like some extra attention? We don't know what will happen with this page, but we made it. 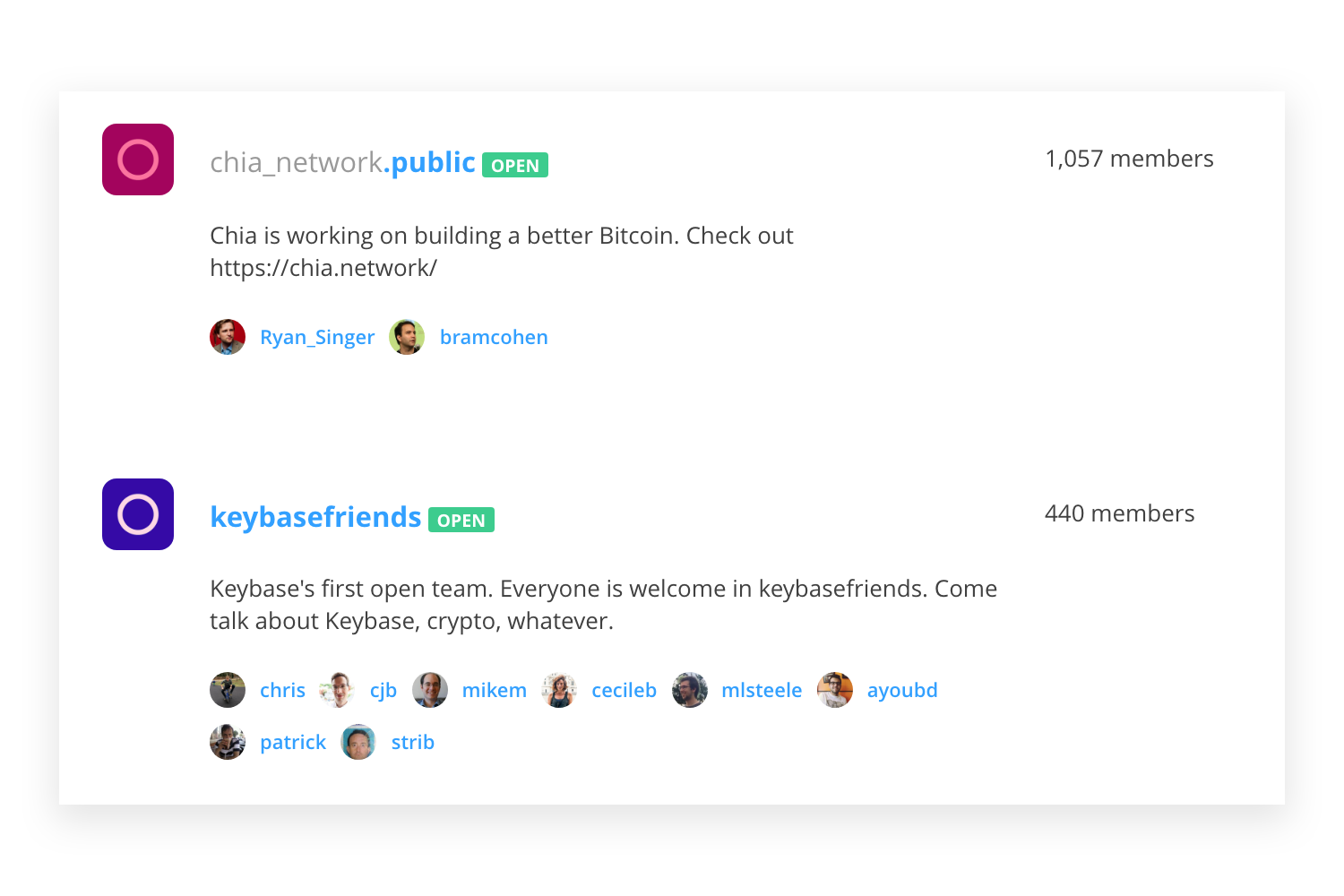 Most team management is now in-app

Previously, you had to add team members, change roles, and do all kinds of other crap via the command line. That's no longer the case, and inside the app, you'll find a "team" tab. From there, all the settings discussed in this post are available. 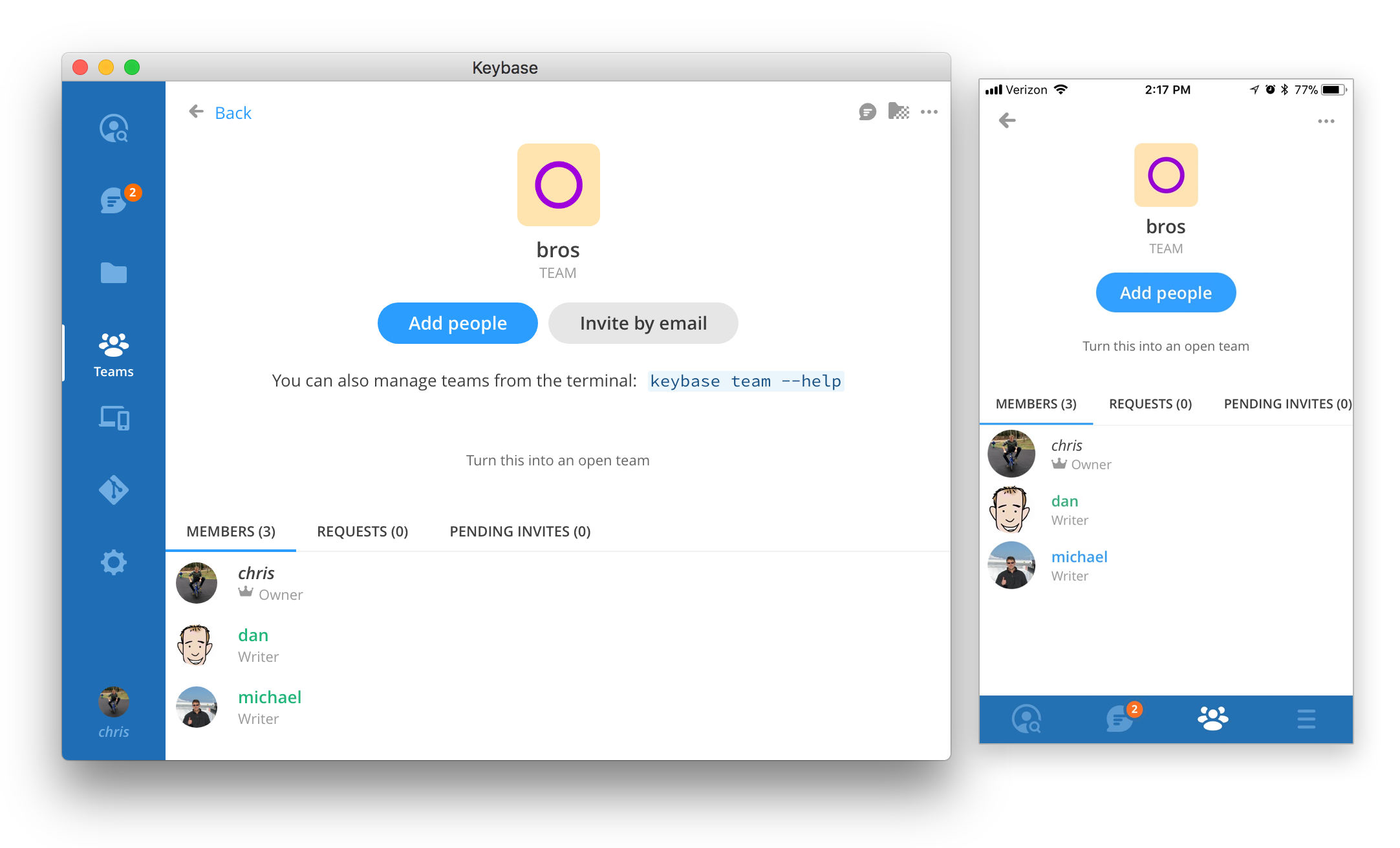