So far, Keybase has promoted one PGP key per user. You "announce" this key on social media accounts, forming a graph like this:

for each arrow, you've proven to the public:
(1) you hold a private key, and
(2) you have write access on a certain service.

While this is a great answer for identity, key management is still dirty.

A solution is in the works

The Keybase directory now supports device-specific NaCl keys. From now on, an identity on Keybase can be constructed like this:

here we see a user with 2 computers and 3 keys
she can prove her identity with any key, and the keys are connected

When you install the Keybase app, it will feel like any other app. Simple. But beneath the hood, it will generate a new key pair. If it's your nth device (n > 1), you will pull out your phone or other device to provision it. A rough-around-the-edges wireframe: 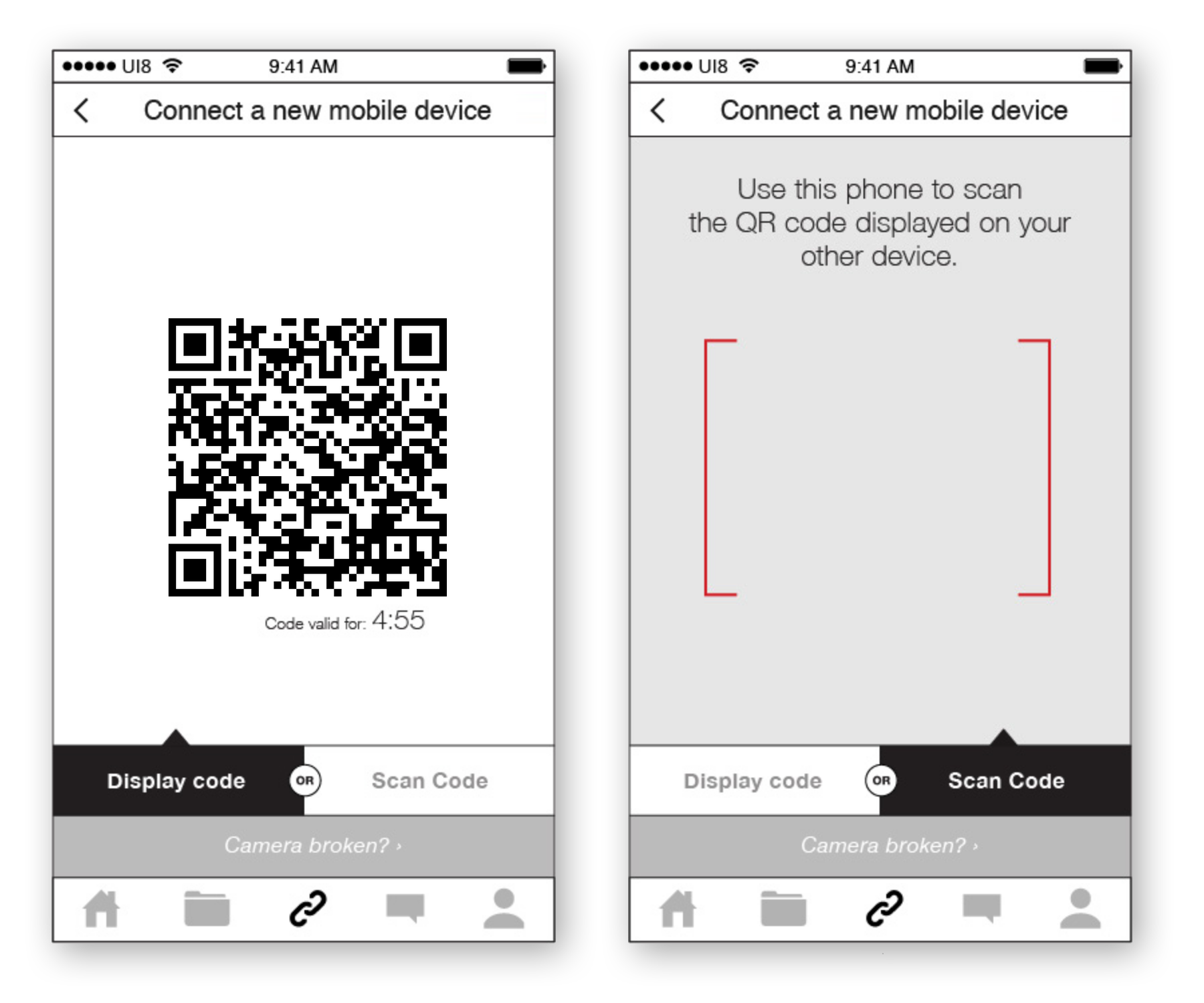 This one-time step will be easy. People are getting used to 2-factor experiences emerging, and we imagine the phone will be the most-used device in provisioning.

Technically, though, this is not a normal 2fa: the devices will share a secret with just each other. They will use that secret to authenticate, sign, & announce each other's keys, including whatever you name each device.

In this way, you can be you, without moving a private key around.

You won't even need a passphrase, and it will take seconds.

Provisioning a device key (and choosing a public name for it) is a public action. So are statements of the form "I lost my device." In other words, the Keybase server cannot provide different answers to different users. (Our merkle tree + bitcoin are discussed here. )

Our mobile apps are in active development. Until they're ready, bringing 2 computers together is tough. In the short term, beta testers can now generate paper keys. Slightly cumbersome, these are full NaCl keys that can be used to provision a new computer.

You can put that in your wallet or stick it in a drawer. In the above example, the first 2 words ("death punch") are a public label, and the rest encodes the private key.

here we see a user with 4 computers (2 are mobile) and 6 keys;
she even used her paper key to provision a device!
the important thing is that she is herself, the sum of all her proofs, on any device

Paper keys, like devices, must be publicly announced and are publicly removed.

In the long run, we hope to bring a number of solutions, fully cross-platform:

That's vague, but we'll have a more specific announcement (especially on 1 and 2) in the next 3-4 months. In the meantime, we're getting all our ducks in a row.

Update This new key model is live. If you have a Keybase account and have installed the latest version of Keybase, you'll be asked to make a device key and paper key during first login.

Also, PGP continues to be supported, and, heck, you can now have multiple PGP keys on one account. For the truly bold among us.

Keys for everyone!
- the Keybase team